Mian Jehangir Shahid is the Chairman and founder of Leopards Courier Services Pvt. Ltd. Pakistan’s leading service provider in the logistics, Courier & Warehousing industry, which connects people nationwide and offers services in the most remote areas of the country.

Born on July 15th, 1947, Mian Jehangir Shahid grew up in Lahore with his five siblings. Their father, Saadat Din, was a cotton dealer and his mother was a homemaker.

He attended school away from his family in the city of Abbottabad, at the Abbottabad Public School. He was always an inquisitive and innovative student who liked to experiment with new ideas; an aptitude which would later lead him to find his potential in the courier industry.

After completing his Master’s Degree in Economics, Mian Jehangir Shahid has moved to Karachi in 1970 and joined a newly growing advertising industry in Pakistan. His company made billboards that targeted the cities’ major commercial districts. New ideas for promoting products were being developed as the concept of advertising was becoming popular.

However, as a recession hit the country in the 1970s, businesses in Pakistan were greatly de-valued and could no longer afford to spend money on expensive advertisement campaigns. Then entering the manufacturing industry following his advertising streak, he was surprised by the involuntary lack of correspondence between businesses due to the lack of a secure and systemized courier or postal service.

Seeing a potential for a courier company that could connect the whole nation, Mian Jehangir Shahid established Leopards Courier Services Pvt. Ltd. in 1983 with five destinations in the country. His foresight and vision lead towards the expansion of the company, and after establishing one of the largest nationwide networks, Leopards went international in the year 2000, setting up offices in Dubai, Singapore and China.

Moreover, Mian Jehangir Shahid in recent past opened Leopards logistics and shipments; a division of leopards focused on the national and international transportation of heavy shipments and containers. Keeping in view the philosophy of transformation and evolution within the industry in recent times, Mian Jehangir Shahid focuses on constant transformation & digitalization of current operations processes at leopards. Enabling technologies such as Sensors, IOT, Data Analytics, Auto Sortation & Sort to light technology and robotics are being deployed into specialized applications. These technological advancements, the introduction of new systems, processes, tech teams, will take them to be a leading digitalized Logistics & Courier Group.

Mian Jehangir Shahid always quotes his son as part of his company’s success, Rizwan Saadat who has been in the business with him since his childhood. And now Mashallah he has become a valuable asset for the company. Leading from the front as CEO of Leopards Courier Services Pvt. Ltd.

Being a lively socialite, Mian Jehangir Shahid is a part of many business organizations in Pakistan, including the Chamber of Commerce and FPCCI. As a treasurer for the RAVIANS association, and also has been a part of many charitable drives for the underprivileged.

Rizwan Saadat is an extremely zestful, passionate and energetic young CEO of Pakistan’s largest logistics organization, Leopards Courier Services Pvt. Ltd. His particular contributions to Leopards Courier, his family business, include launching over 10 different services under his leadership of 10 years, doubling revenues, achieving a consistent growth rate of at least 22% per annum, and adding extensive resources to upgrade delivery systems, including the induction of a cargo aircraft dedicated exclusively to Leopards Courier Services Pvt. Ltd. Currently, Rizwan Saadat leads over 7000 employees throughout Pakistan as CEO.

Rizwan Saadat believes in empowering teams and relying on teamwork to achieve goals. He also maintains a non-bureaucratic open-door culture and makes it a point to interact with all managerial segments of his organization. He believes that this is the most effective way to find long term solutions and build employee morale-by being approachable.

Rizwan Saadat is a member of various worldwide organizations based on developing entrepreneurial ideas to find opportunities to interact with people from all sorts of industry backgrounds, including E.O. (Entrepreneurs Organization) and the Young Entrepreneurs Federation, because he believes, the best learning takes place by sharing personal stories of triumph.

On the future forefront, Rizwan Saadat is already strategizing the process to turn Leopards Courier from a logistics firm to a full-fledged supply chain management solutions giant. For him, the future will be full of changes and innovations.

Any cookies that may not be particularly necessary for the website to function and is used specifically to collect user personal data via analytics, ads, other embedded contents are termed as non-necessary cookies. It is mandatory to procure user consent prior to running these cookies on your website. 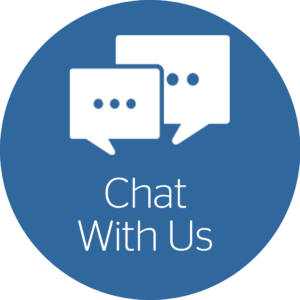